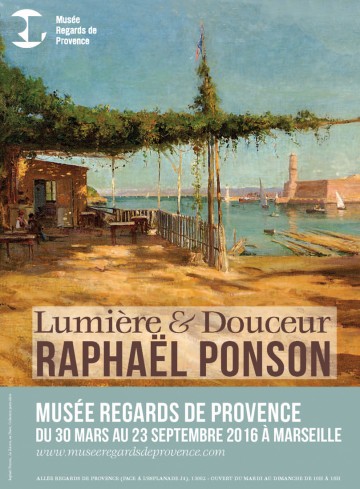 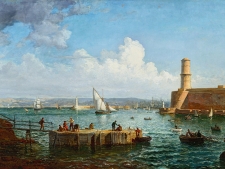 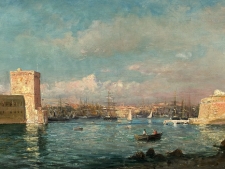 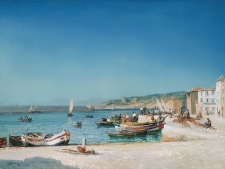 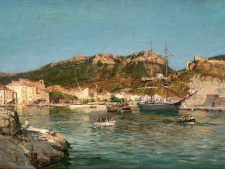 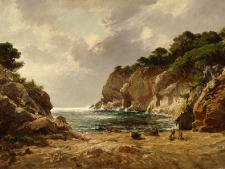 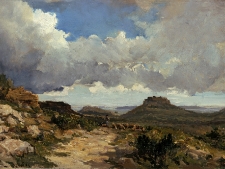 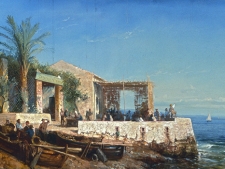 The Musée Regards de Provence celebrates Raphael Ponson (1835-1904), a protagonist of the Ecole de Marseille. Starting his career as a disciple of the artist Loubon, he received a classical academic education in fine arts and an initiation into the representation of natural surroundings and landscapes emphasizing « couleur locale ». His love of the Mediterranean brought to life numerous views of port scenes: Marseille, Martigues, Cassis, Nice.

Thanks to Ponson, the Calanques (a ribbon of natural coves lining the Marseille-Cassis coast) became a reference in landscape painting. How did he manage it? By sheer passion. He trod the dirt paths of tortuous vegetation and sudden steep descents until he found a scene he wanted to paint and set down his easel to portray the dreamlike beauty of the « Calanques »: En-Vau, Sormiou, Morgiou. His genius breathed life into his work. He made nature reverberate beneath the streams of light hitting the chalk white cliffs ending in coves where waves broke and died. Sometimes he included people like sea bathers and fishermen struggling with waves, or at other times, there were fishing boats and fishermen’s shacks in his paintings to tame and to calm an overwhelming and seemingly uncontrollable Nature.

This exhibition is sponsored by the Société Marseillaise du Tunnel Prado Carénage, builder patron of the Museum.